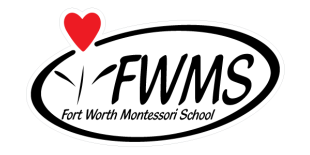 Jennifer & Ben Perez - My son began attending Fort Worth Montessori in 2010. He was almost 3 years old at the time. He was previously attending a commercial day care center. We were in search of a  new place with a focus on learning as well as a home like vibe. We got that and so much more. Landon no longer cried when we would drop him off in the mornings. He learned so much and began to love learning. He was easily potty trained, took great naps and was a smart well adjusted kid. It is all thanks to the amazing environment and teachers at FWMS. They treated Landon as if he were thier own child. Landon is now 6 years old and attends the after school program at FWMS. It is so comforting knowing that he is being picked up from school by someone I trust like family and he is in an environment he is comfortable in. Most of the time when I pick him up, his homework is done and he is happily playing games or doing crafts. He usually doesn't want to leave. The owners and staff at FWMS are truly like family to us, we are so thankful to have them in our lives.

​Reagan Baskin - Just like any new mom, I scoured Fort Worth to find the best childcare for my 4 month old. FWMS has been so accommodating and friendly since the first day I called. To check out the facility and teachers, my baby girl Vivian and I spent a morning in the infant room. I was so comfortable and so was Vivian that I would have left her that day knowing she was in good hands. Vivian is always happy when she gets there and just as happy when I arrive to pick her up. I know she feels comfortable and secure which is most important to me. I am treated as part of the family at FWMS and wouldn't dream of sending Vivian anywhere else!

Kaycie Wallace - Our daughter has attended FWMS since she was 7 weeks old. She was my first child so I had all the anxiety that came with that in looking for a place to put my daughter when going back to work after maternity leave. I looked around at 5 or 6 different schools, all of them were well established and very nice but FWMS had the family atmosphere I was looking for. From the time my daughter went from baby, to transition room – where she learned sign language, to toddler and now in the primary room she has thrived educationally and developmentally. Not only did FWMS help (and much more successfully than me) potty train my child they are preparing her for primary school in the best way. They allow her to learn how she is best able to, the class atmosphere encourages creativity and independence. My daughter loves to learn and loves going to school and I can’t thank the FWMS teachers enough for this. My infant son will start in the baby room in the next month and I can’t wait to see him thrive there as well. I feel very safe with the security measures the school takes to protect our little ones. A parent planning committee allows me to be involved in planning activities for the school and get to know other moms. We love our FWMS family!!!

​Ryan & Amy Peterson - Our daughter is a newer student at FWMS. We transferred her because we wanted a program with a greater focus on academics. We have been so thrilled to see the things she learns. Within the first week at FWMS she learned the difference between left and right. Five months later, and she knows most of the alphabet and the sounds each letter makes. She is so interested in learning to read! All of this is new to us! Before going to FWMS we were really struggling to get her interested in learning. In addition to all this, the FWMS community is fantastic. It has been such a blessing for our family!

The Shaw Family - Before our sweet Jace was born, we searched high and low for a daycare center that we would all feel comfortable with and was conveniently located close to home west of Fort Worth.  After spending six months in the daycare facility we selected, we realized it was not the place for us, so we began the stressful search again.  We stumbled upon FWMS, toured and started within the week. Jace has grown so much since joining FWMS just over a year ago.  I am amazed daily by the wonderful things he is learning and the independence he exhibits.  My husband is studying to become a PE teacher and has seen him grow in all of the programs that they offer, like Monkeynastix and Soccer Shots. The staff is so professional and the learning environment is outstanding!
Recently, Jace had a hard time saying good-bye at drop off and his teacher, Ms. Saskia, could tell I was having a hard time as well.  She called me later that morning to tell me he was doing great and having a great day, which completely turned my day around.  We feel truly blessed each day for FWMS and as our family continues to grow; we look forward to a long future with the school.